Lauren is a curator at the National Aboriginal Gallery in Canberra. She's good at her job, passionate about the Arts, and takes work seriously. It's easy for Lauren to focus on work, that is, when she's not focussing on Adam.

Lauren is smitten with, or as her friends say, obsessed with Adam - the star forward for the Canberra Cockatoos. But Adam is a player, on and off the field. To everyone other than Lauren, it is clear that Adam doesn't want to be in a relationship at all, even though he likes being with Lauren. In a few short months Adam is involved in one too many scandals that make the press. She is shattered and breaks it off though she can't quite let go…

When she tries to convince her friends that she is waiting for Adam to have his epiphany and realise they are meant to be together, her friends decide to do an intervention on her. Under pressure from them, Lauren successfully applies for her dream job at the Smithsonian in New York. She leaves for the Big Apple, telling herself, that Adam will miss her so much he will see the light and eventually come begging.

Once landing in NYC, Lauren's life goes into overdrive with the preparation of the exhibition, finding her way around the city and marvelling at the city that never sleeps.

There are a lot of men in New York who flirt with Lauren, in fact, there are men everywhere. In the street, on the subway, in cafes and galleries, even in her workplace. They really like her, and they love her accent. They fuss over her and just like being around her. Adam had never really been like that with her at all.

But when Adam appears on her doorstep some months later, having apparently had the epiphany she was waiting for, Lauren is confused. He catches Lauren at a weak moment - the exhibition she has been working is almost complete and she has to make some big decisions: The Man or Manhattan? 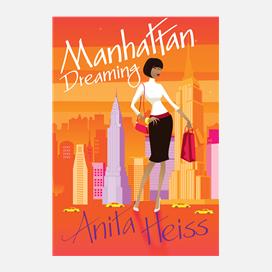