The Truth Will Out

Twice Harri tries to marry the love of her life. Twice she fails.
Since there are only so many times she can leave her man standing at the altar, Harri loses him.
After this second pre-wedding panic attack, Harri is at sea. Her parents try to distract her, but it's obvious they know more than they want to admit about why she's always been a little fragile. What they are forced to reveal turns Harri's world upside-down. It seems that not only has she lost James but everything else she thought she could depend on too.
As the truth of her past comes out, and the world she thought she knew crumbles around her, Harri struggles to pick up the pieces.
Can she find herself again and, if she does, will it be too late for love?
Rights

Poolbeg Press manages the translation rights for The Truth Will Out 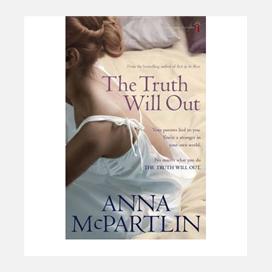