ANZ → Vintage
Harry Broome dreams of being a famous painter. And when a sophisticated French beauty buys all the paintings at his first exhibition, he knows he's on his way. But in the art world nothing is as it seems.

Before long, to pay his debts and save his reputation, he is trapped in a plot to steal Picasso's Weeping Woman from the National Gallery of Victoria. She is the gallery's greatest acquisition, and when she goes missing the city's many treasure hunters come out to find her: a corrupt tycoon who knew Picasso, a gay escort obsessed with Michael Jackson, a bent barrister, a gang of bikies, a hit man, the gallery director, the Minister for Police. The Weeping Woman is priceless and life is cheap.

Stretching from pre-war France to contemporary Australia, with a captivating cast of eccentric characters and a superbly engaging plot, Stealing Picasso tells of an art theft - which is based on a true story - and a forgery and their extraordinary repercussions.
Rights 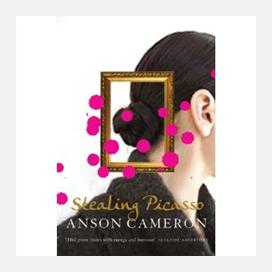