World → Weidenfeld & Nicolson
Marie Antoinette's dramatic life-story continues to arouse mixed emotions. To many people, she is still 'la reine méchante', whose extravagance and frivolity helped to bring down the French monarchy; her indifference to popular suffering epitomised by the (apocryphal) words: 'let them eat cake'. Others are equally passionate in her defence: to them, she is a victim of misogyny.

Antonia Fraser examines her influence over the king, Louis XVI, the accusations and sexual slurs made against her, her patronage of the arts which enhanced French cultural life, her imprisonment, the death threats made against her, rumours of lesbian affairs, her trial (during which her young son was forced to testify to sexual abuse by his mother) and her eventual execution by guillotine in 1793.
Rights 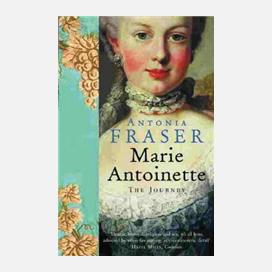