The Six Wives of Henry VIII

World → Weidenfeld & Nicolson
The six wives of Henry VIII - Catherine of Aragon, Anne Boleyn, Jane Seymour, Anna of Cleves, Katherine Howard and Catherine Parr - have become defined in a popular sense not so much by their lives as by the way these lives ended.

But, as Antonia Fraser conclusively proves, they were rich and feisty characters. They may have been victims of Henry's obsession with a male heir, but they were not willing victims. On the contrary, they displayed considerable strength and intelligence at a time when their sex supposedly possessed little of either.
Rights 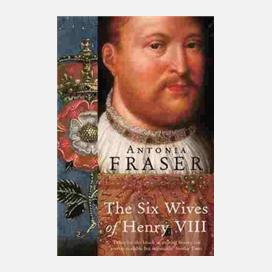