World → Weidenfeld & Nicolson
Antonia Fraser's Warrior Queens are those women who have both ruled and led in war. They include Catherine the Great, Elizabeth I, Isabella of Spain, the Rani of Jhansi, and the formidable Queen Jinga of Angola. With Boadicea as the definitive example, her female champions from other ages and civilisations make a fascinating and awesome assembly.

Yet if Boadicea's apocryphal chariot has ensured her place in history, what are the myths that surround the others? And how different are the democratically elected if less regal warrior queens of our time: Indira Ghandi and Golda Meir? This remarkable book is much more than a biographical selection. It examines how Antonia Fraser¿s heroines have held and wrested the reins of power from their (consistently male) adversaries.
Rights 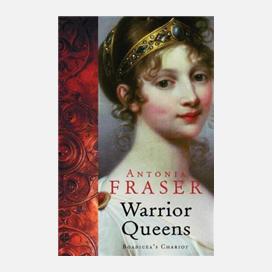