In Between the Assassinations Aravind Adiga has imagined the small Indian city of Kittur, an everytown nestling on the coast south of Goa and north of Calicut. Through the myriad and distinctive voices of its inhabitants, an entire Indian world comes vividly and unforgettably to life.

From a middle-aged Communist to an Islamic terrorist; from the young children of a Tamil building-site worker to a privileged and alienated schoolboy; from an idealistic journalist to a Brahmin housemaid, Adiga has produced a microcosm of Indian life in the 80s, the years between the assassinations of Indira Gandhi and her son Rajiv. Muslim, Christian and Hindu, high-caste and low-caste, rich and poor: all of Indian life - the 'sorrowful parade of humanity' - is here.

Journeying through Kittur's streets and schoolyards, bedrooms and businesses, its inner workings and outer limits, Adiga conjures a remarkable fictional landscape. Sizzling with acid observations, and textured with wicked humour and gentle humanity,Between the Assassinations is a triumph of voice and imagination.

Claire Nozieres manages the translation rights for Between the Assassinations 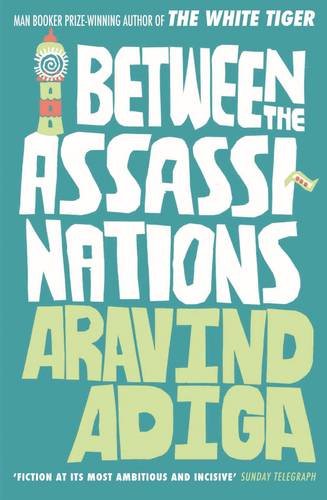