Ask any Bombaywallah about Vishram Society - Tower A of the Vishram Co-operative Housing Society - and you will be told that it is unimpeachably pucca. Despite its location close to the airport, under the flight path of 747s and bordered by slums, it has been pucca for some fifty years. But Bombay has changed in half a century - not least its name - and the world in which Tower A was first built is giving way to a new city; a Mumbai of development and new money; of wealthy Indians returning with fortunes made abroad.

When real estate developer Dharmen Shah offers to buy out the residents of Vishram Society, planning to use the site to build a luxury apartment complex, his offer is more than generous. Initially, though, not everyone wants to leave; many of the residents have lived in Vishram for years, many of them are no longer young. But none can benefit from the offer unless all agree to sell. As tensions rise among the once civil neighbours, one by one those who oppose the offer give way to the majority, until only one man stands in Shah's way: Masterji, a retired schoolteacher, once the most respected man in the building. Shah is a dangerous man to refuse, but as the demolition deadline looms, Masterji's neighbours - friends who have become enemies, acquaintances turned co-conspirators - may stop at nothing to score their payday.

A suspense-filled story of money and power, luxury and deprivation; a rich tapestry peopled by unforgettable characters, not least of which is Bombay itself, Last Man in Tower opens up the hearts and minds of the inhabitants of a great city - ordinary people pushed to their limits in a place that knows none.
Rights 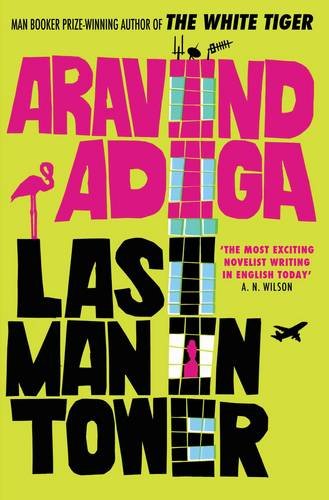