Online phenomenon The Midnight Beast bring their all singing, all-dancing brand of comedy to E4.

Directed by Ben Gregor, the series features band members Stefan Abingdon, Dru Wakely and Ashley Horne as struggling musicians, alongside a host of comedic guest stars. As well as slipping into their trademark song-and-dance routines the boys have to cope with day-to-day challenges like sharing a flat and trying to impress girls when they've got no money and one of them has to sleep in the kitchen. Each episode sees them ‘stapling their songs and stupid real-life experiences together'.

Written by The Midnight Beast with Jason Hazeley and Joel Morris, the show is overseen by producer Mary Burke. 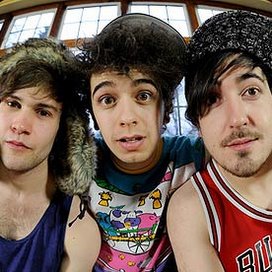