Bernard Pepperlin is the first installment in a two book series

Winner of an Audiofile Award

A drowsy Dormouse has been stuck inside a perpetual Sunday afternoon with the Hatter and the March Hare for what seems like forever. But when girl in a blue dress crashes the Hatter’s tea party, the Dormouse feels more awake than he has in a long time. He wishes he could follow her and be a part of her adventure.

As luck would have it, a surprising twist of fate sends the Dormouse on an adventure of his own, where he must not, cannot, fall asleep. For he is destined to save a magical world outside Wonderland, and it will take all his courage (and a few new friends) to do it.

A whimsical yet thrilling adventure that will burrow a place in the reader’s hearts for ages to come, Bernard Pepperlin is a classic in the making.

What do you get when you put one lost little mouse into a big city filled with singing cockroaches, hungry falcons, magic teapots, and conniving weasels? An utterly charming, delightful tale of bravery and friendship!

Everything a fantasy should be and more.

Hoffman gives additional sly nods to Carroll’s classic (a queen in a red dress who runs a diner) and includes nonsensical verse of variable cleverness, creating a quirky flight of fancy with a rich lineage.

A fun and intriguing read for strong younger readers and reluctant older readers who want a dash of adventure with their anthropomorphic characters. A great read-alike for fans of Roald Dahl, E.B. White, and Katherine Applegate.

The result is a witty, clever, sometimes scary, beautifully voiced entertainment for all ages. 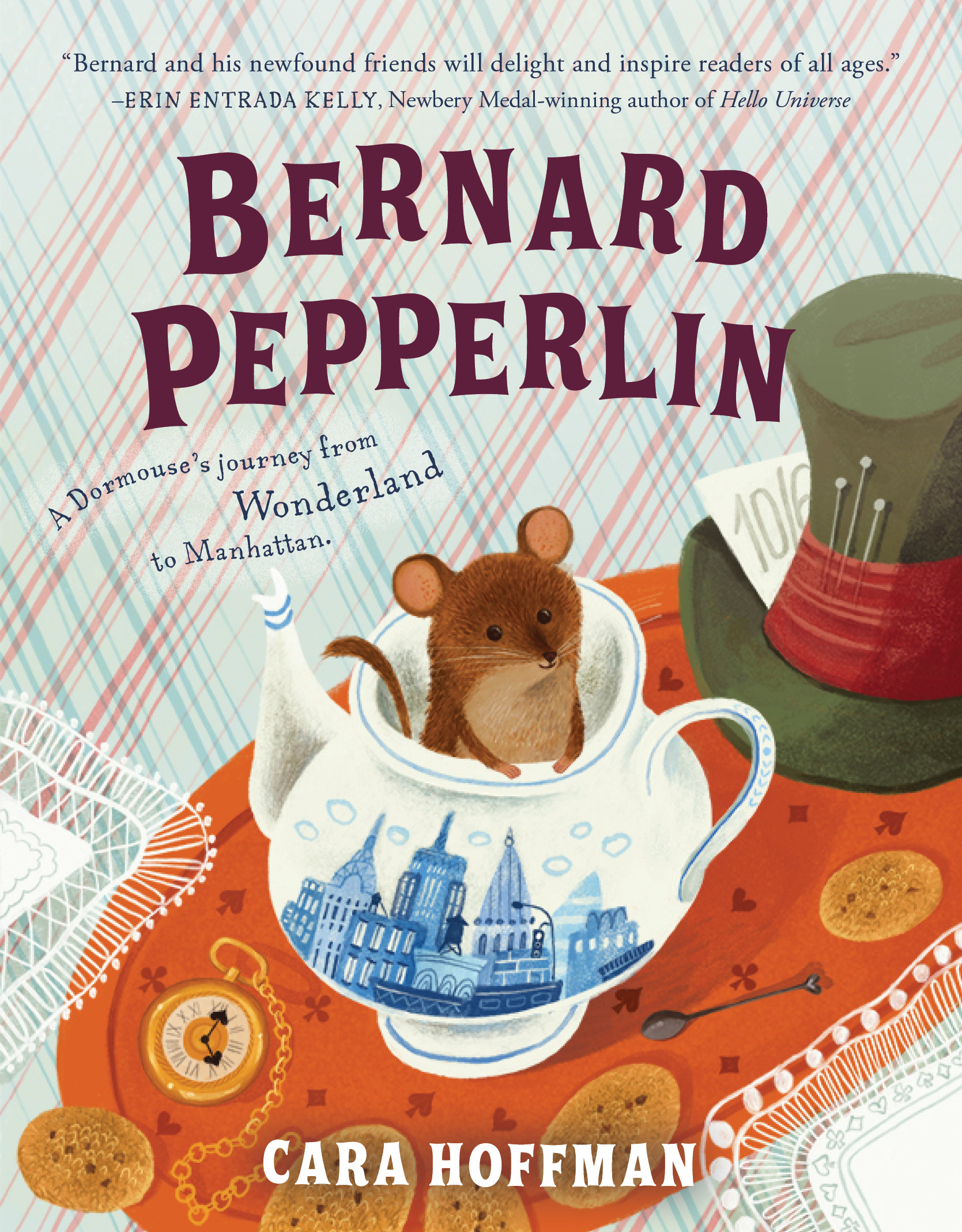