Life in a Cottage Garden with Carol Klein

Producer Tricia Lawton Director Mark Scott Starring
Production Company BBC Television
Broadcaster BBC2
Carol Klein opened up her garden at Glebe Cottage for her latest series, Life in a Cottage Garden with Carol Klein. Filmed at her home in north Devon, the six-part series followed Carol for a year of gardening; encountering the rewards and challenges, and decay and renewal that each season brings to Glebe Cottage.

Carol has written a gardening journal to accompany the series Life in a Cottage Garden (published by BBC Books), which includes superb images by photographer Jonathan Buckley throughout.
Media 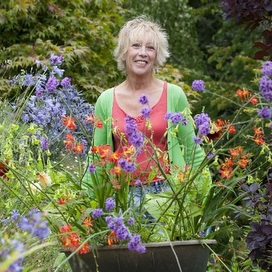