A devastating coming-of-age story that charts lost innocence and thwarted dreams, but also survival and the reintegration of a shattered self.

A Catholic priest appears to promise the world; a schoolgirl starved for affection and looking to escape her violent home life - this is the story of MAGGIE.

In the autumn of 1967, seventeen-year-old Maggie Reed is dreaming of breaking free from her troubled family. All she has to do is move from childhood to adulthood. For her, university will be the key. Then, one morning after Mass, she meets the new curate, and is slowly drawn into a taboo relationship with the much older Father Nihill.

Bringing to life descriptions of 1960s Australia that are by turns starkly confronting and exquisitely beautiful, Maggie explores questions of power in a complex, forbidden relationship and reveals the strength of a young woman who both loses herself and finds herself anew. 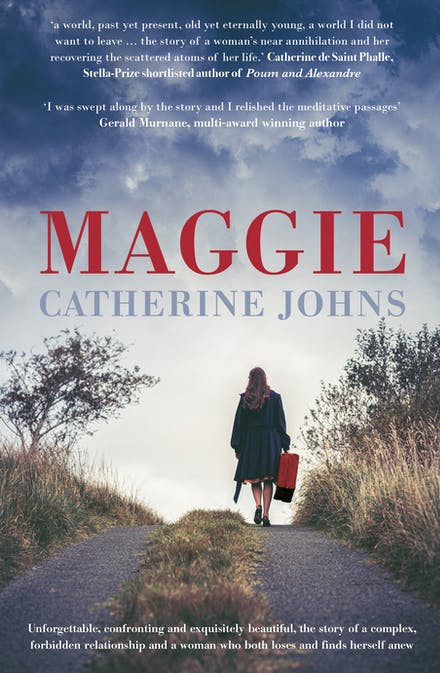