This Is Jinsy started life as a pilot on BBC Three, but has now been turned into an eight part series by Sky, with Matt Lipsey as director.

The series follows Arbiter Maven and Operative Sporall as they keep a close eye on the 791 residents of Jinsy from the Great Tower in the parish of Veen. Life on the island is rather Orwellian: each colourful member of the community is monitored by a surveillance system of tessellators, from local folk dribbler Melody Lane to weather monk Tracee Henge.

The tessellators include video cameras for surveillance, but also little screens to allow the residents to watch important island events, such as the tri-annual island cow wash (live from Glotters field). Additionally, they include a handy slot for paying fines, and a sphincter nozzle for product and pill downloads. 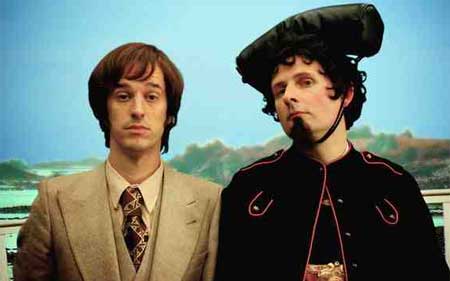