Investigating the Criminal Heart of the Global City

A risky reportage of the modern city's streets and its dark markets. 'I start asking questions. How do you do this? How do you get away with it? How much money do you make from it? Who supports you? Who resists you? And what happens to the people who resist you?' Curious about the modern love affair with criminal personalities, investigative reporter Conor Woodman spent four years exploring the hidden depths of dynamic cities across the globe. Sharks takes us on a journey through the lawless backstreets of cities as diverse as Mumbai, Bogotá, New Orleans, Barcelona and London. In each he uncovers the people and the scams that keep the global black economy moving. From dice games in steamy southern states to torture in British suburbs, from the sharp end of currency counterfeiting in Buenos Aires to the terrible truth behind antique forgery in the Middle East, Conor investigates who really runs these cities, who they are exploiting and what local corruption allows them to thrive. A truly hair-raising read.

A weird combination of technology and desperation has led to an extraordinary increase in the theatrical ingenuity of people engaged in fraud and crime. Conor Woodman has gone on the trail of some of the most elaborate, bizarre and often dangerous fraudsters dotted around the world. He doesn’t just garner reports from the local media, he seeks to become a victim of each crime before engaging with the criminal him or herself. This leads him to the end of a barrel of a gun on more than one occasion and revealing the rotting underbelly across the world whether in New Orleans, Jerusalem or Bogotá. I almost hesitate to admit it but while this book is at turns astonishing and frightening, it is peppered with great wit and the reader will occasionally find it hard to stop themselves from laughing out loud. 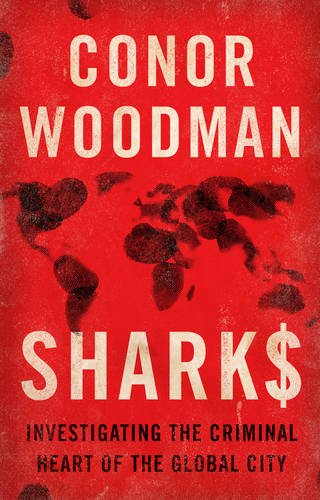