From an award-winning, exhilarating talent comes a mesmeric debut novel about a young woman falling under the spell of an older man.

Frances is a young graduate student spending a summer volunteering in rural France, in the hope that tending vegetables and harvesting honey will distract her from a scandal that drove her out of Paris, her research unfinished and her sense of self unmoored.

At the eco-farm Noa Noa, named for his adventures in Tahiti, she comes under the influence of its charismatic and domineering owner, Paul. As his hold over her tightens and her plans come unstuck, she finds herself entangled in a disorienting, uneven relationship. They embark on a fraught road trip across the South of France, and both are forced to reckon with uncomfortable truths.

A compelling and perturbing story of power, passivity and the cage of being ‘good’, Paul  introduces a novelist of extraordinary perspicacity and lyricism.

Croatian
World
Fraktura
Portuguese
Brazil
Editora Ayine
Turkish
World
Zenon Yayinlari
Reviews
Lafarge is also strong on the heady, time-stretching disorientation of travelling itself… She writes about the lush landscape and heat of the south of France with a sensual elegance and sense of foreboding… her debut is also highly readable – this novel draws you in as surely as Paul ensnares Frances.

Lafarge's prose is faultless. You'll be so hooked you won't be able to put it down.

This is a work of dark, shimmering genius. The novel explores the toxicity of patriarchy [with] excoriating intelligence, verve & originality. Somehow brutally contemporary & utterly timeless. Blown away by what Daisy has achieved here.

A brilliantly unsettling debut about male power and female passivity.

Daisy Lafarge brings the same scientific rigour and startling intelligence that so distinguish her poetry to this taut and lyrical novel about another sort of complex relationship— the human.

I cherished this moreish, dreamy, hazy novel whose
intelligence – about the shifting power of romance and withdrawal, language and silence, youth and age – never sours into cynicism. I know I will return many times to inhabit the world Lafarge has written so exquisitely.

There is a particular kind of deep discomfort that only some writers can convey. Daisy Lafarge excels at portraying the untethered, unnerving stage of life most of us know intimately; that moment between the unravelling and its aftermath. The writing is quietly unsettling and achingly exquisite in equal measure. A narrative that carries you with it without you quite realising that you have - in actual fact - come through the eye of an eerily silent storm. The characters will stay with you long; the awkwardness and unbearable universality of the story longer, still. A hauntingly moving book that lingers; like that moment after thunder.

There's a moment in this book when the sexual patriarch, Paul, gouges a hole in the grass with a knife then tips in "the rinds and skins" of a recently consumed fruit. It's a moment both efficient and violent, intended to avert a crisis of decomposition, and yet reverberating a note of casual domination. Frances, the narrator of Daisy Lafarge's debut novel, explores the conditions of coercion and acquiescence from the inside out. What is observed becomes sensory: Paul's chest like "starved bees," and the passing landscape like "a hand on the back of my head... pushing me face-down into the flowers." What will it take to look up or at an unfolding scene, without vertigo? As Frances becomes conscious of all she suspects to be true about Paul, the narrative opens a pathway to relief from the "gravitational" trap of abuse. Because: "In the end it had been easy." Of course, it wasn't. Lafarge has written a book that felt intimate and epic, that gave pleasure even as it made pleasure the site of loss: "the limit of everything.

As unsettling as it is captivating, Paul is a brilliantly subtle excavation of a toxic relationship. 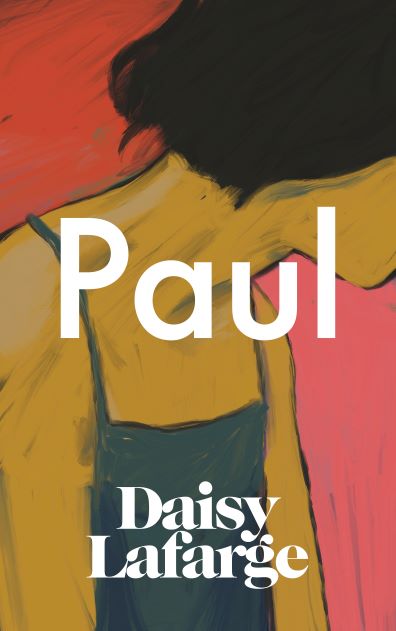