The Flight of the Falcon

As a young guide for Sunshine Tours, Armino Fabbio leads a pleasant, if humdrum life -- until he becomes circumstantially involved in the murder of an old peasant woman in Rome.

The woman, he gradually comes to realise, was his family's beloved servant many years ago, in his native town of Ruffano. He returns to his birthplace, and once there, finds it is haunted by the phantom of his brother, Aldo, shot down in flames in '43.

Over five hundred years before, the sinister Duke Claudio, known as 'The Falcon', lived his twisted, brutal life, preying on the people of Ruffano. But now it is the twentieth century, and the town seems to have forgotten its violent history. But have things really changed? The parallels between the past and present become ever more evident. 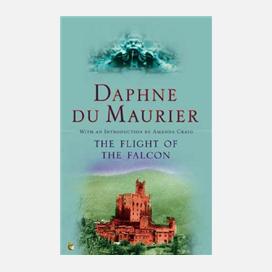