The Last Days of Disco

Early in the decade that taste forgot, Fat Franny Duncan is on top of the world. He is the undoubted King of the Ayrshire Mobile Disco scene, controlling and ruling the competition with an iron fist. From birthdays to barn dances, Franny is the man to call. He has even played 'My Boy Lollipop' at a funeral and got away with it. But the future is uncertain. A new partnership is coming and is threatening to destroy the big man’s Empire ... Bobby Cassidy and Joey Miller have been best mates since primary school. Joey is an idealist; Bobby just wants to get laid and avoid following his brother Gary to the Falklands. A partnership in their new mobile disco venture seems like the best way for Bobby to do both at the same time. With compensation from an accident at work, Bobby’s dad Harry invests in the fledgling business. His marriage to Ethel is coming apart at the seams and the disco has given him something to focus on. Tragic news from the other side of the world brings all three strands together in a way that no one could have predicted.

The Last Days of Disco is a eulogy to the beauty and power of the 45rpm vinyl record and the small but significant part it played in a small town Ayrshire community in 1982. Witty, energetic and entirely authentic, it’s also heartbreakingly honest, weaving tragedy together with comedy with uncanny and unsettling elegance. A simply stunning debut. 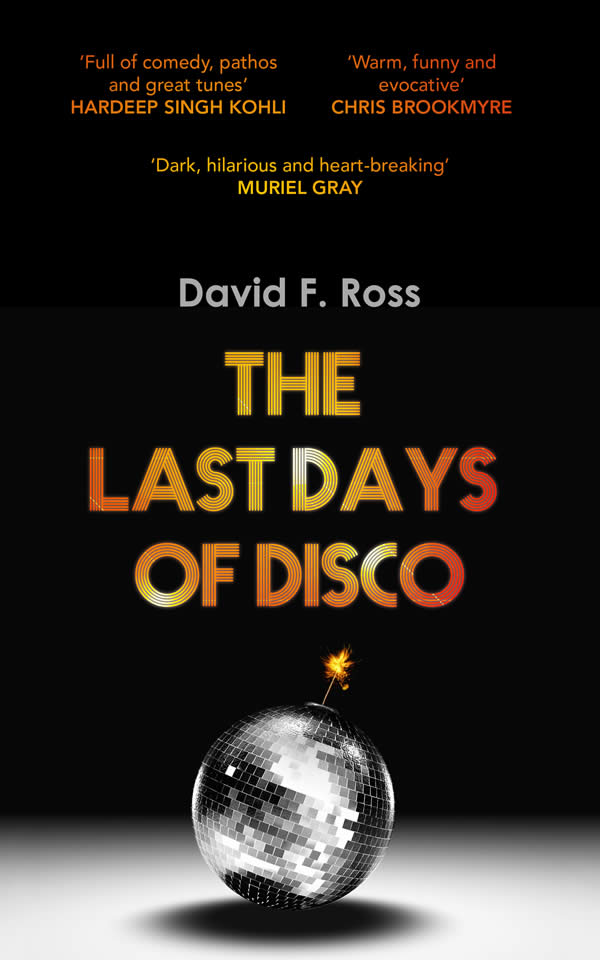