UK & Comm → Harvill Secker
"1935 - January 28th, to be precise - was quite a good time for a future writer to be born in England, especially one belonging to a lower middle class family like mine. It meant that I would have plenty to write about, and an education that, for all its deficiencies in the early years, gave me the skills and motivation to do so."

This memoir will be published to coincide with David Lodge's 80th birthday. It describes how David became a writer, principally of prose fiction and literary criticism, beginning with the early experiences and influences that fed into his work. This memoir covers the first half of David's life, up to the age of forty: he hopes to write another book about the second half, in added extra time.
Rights

Kate Cooper manages the translation rights for Quite A Good Time To Be Born - A Memoir: 1935-1975

What one takes away from this half-memoir is the self-portrait of an extraordinarily good, wrongly modest man; a distinguished scholar, and one of the finest of current novelists. He has still to receive full recognition of his achievements. Not that he ever expected it. 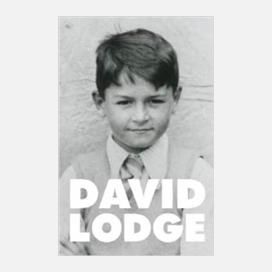