The British Museum is Falling Down

Literature is mostly about having sex and not having children. Life is the other way around...

And that, precisely, is the dilemma that preoccupies Adam Appleby as he begins another day of research in the Reading Room of the British Museum. Adam is a graduate student in literature and a practicing Catholic in the days before the Pill. He is also married, has three children, and is not looking forward to the possiblity of a fourth.

On this foggy day in London, however, work and life conspire against him. As Adam makes his bumbling way through a series of misadventures that do little to alleviate his anxiety, the reader is treated to a hilarious and heartfelt tour of academia that only David Lodge could have created.
Rights 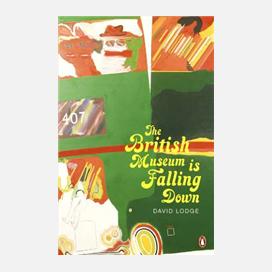