The Year Of Henry James

In 2004 David Lodge's novel about Henry James, Author, Author was published - just six months after another novel about James had garnered impressive reviews and to which his own was frequently compared. To complicate matters further, there were at least two other novels about Henry James recently in circulation.

In The Year of Henry James, David Lodge ponders the mystery of so many novels about Henry James appearing at the same time; he explores his own creative practice and candidly reveals his reaction to finding years of work overshadowed by that of another author. In complementary essays he examines the genesis, writing and reception of works by other novelists, from George Elliot and H.G. Wells to Graham Greene and Umberto Eco.

Riveting, illuminating... possesses many remarkable insights and is unique. The Times

Required reading for any serious student of the novel. Sunday Tribune

Lodge tells the story with good grace and even a sense of humour. Sunday Telegraph

Lodge has fashioned a wise and provocative study... far more than the sum of its parts. John Banville
Irish Times 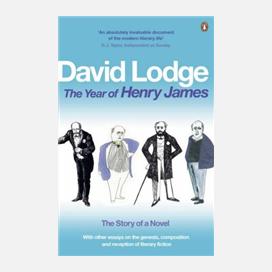