Steven Gerrard - legendary captain of Liverpool and England - tells the story of the highs and lows of a twenty-year career at the top of English and world football.

As the only player ever to have scored in a FA cup final, a league cup final, a UEFA cup final and a champion's league final, Steven Gerrard is an inspiration to fans and footballers alike. After joining his beloved Liverpool at the age of eight, he spent the next 28 years, and over 700 games, devoted to this one club. Perhaps the last player of his calibre that we will see display such extraordinary longevity and commitment, his loyalty ensures he will be remembered not only as one of the all-time Anfield greats but one of England's finest footballers.

In My Story Gerrard dissects his full playing career. He examines the defining games such as the 2005 Champion's League Final when he inspired 'The Miracle of Istanbul' as Liverpool came back from 3-0 down against AC Milan to become champions of Europe. He talks about his 114 caps for England, including World Cup and European Championship campaigns, asking what went right - and wrong.

He writes candidly of those he's played with and competed against, from Luis Suárez to Jose Mourinho, his experiences under Brendan Rodgers and Roy Hodgson. He also has an incredible and rare personal story, telling us of the extraordinary ups and downs of staying loyal to one club for your entire career.

Explosive and searingly honest, Steven Gerrard's My Story is the last word from an era-defining player. 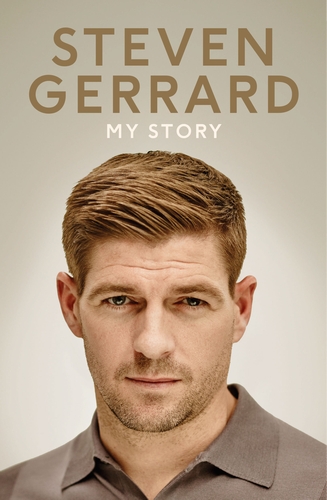