World → Michael O'Mara Books
Ernest Howard Shepard was born in London in 1879 into an artistic and literary family, and studied art from an early age. An illustrator and cartoonist, particularly in the period between the First and Second World Wars, he was a political cartoonist for Punch and a prolific illustrator of books. Shepard is most widely known for his illustrations of the Winnie-the-Pooh children's book series by A. A. Milne and The Wind in the Willows by Kenneth Grahame, and these drawings have become classics in their own right, iconic in the minds of children and adults everywhere.

Shepard's War is a personal, illustrated narrative of the First World War seen through the mainly unpublished contemporary drawings, illustrations and written commentary of E. H. Shepard. With hundreds of original sketches ranging from caricatures of Shepard's fellow officers to technical drawings, and commentary from Shepard's own wartime notebooks and diaries, this is a unique insight into the life of an incredibly talented yet humble man. Providing an uniquely visual journey through two vastly different, although often strikingly similar, stories, the reader engages with the Great War and Shepard's life on an intimate and thought-provoking level
Rights 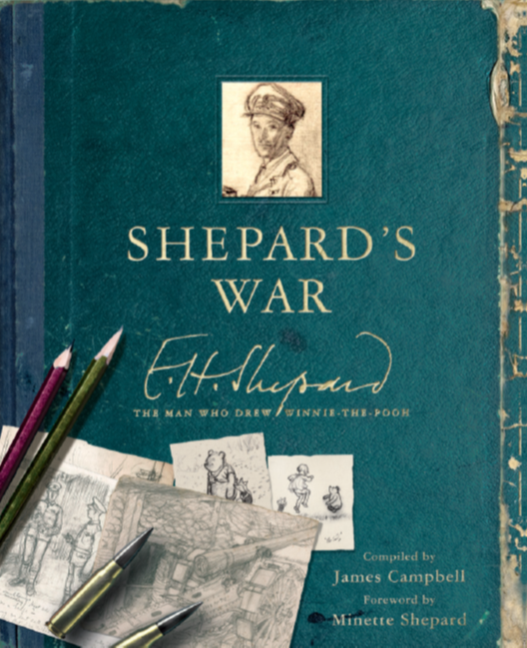