World → Dogan Kitapcilik
UK & Comm → Penguin (Ed. Venetia Butterfield, November 2014)
US → Viking (Ed. Paul Slovak)
There were six of us: the master, the apprentices and the white elephant. We built everything together. Mosques, bridges, madrasas, caravanserais, alms houses, aqueducts...

Sixteenth century Istanbul: a stowaway arrives in the city bearing an extraordinary gift for the Sultan. The boy is utterly alone in a foreign land, with no worldly possessions to his name except Chota, a rare white elephant destined for the palace menagerie.

So begins an epic adventure that will see young Jahan rise from lowly origins to the highest ranks of the Sultan's court. Along the way he will meet deceitful courtiers and false friends, gypsies, animal tamers, and the beautiful, mischievous Princess Mihrimah. He will journey on Chota's back to the furthest corners of the Sultan's kingdom and back again. And one day he will catch the eye of the royal architect, Sinan, a chance encounter destined to change Jahan's fortunes forever.

Filled with all the colour of the Ottoman Empire, when Istanbul was the teeming centre of civilisation, The Architect's Apprentice is a magical, sweeping tale of one boy and his elephant caught up in a world of wonder and danger.

Daisy Meyrick manages the translation rights for The Architect's Apprentice

Lush. Kate Saunders
The Times
This edifying, emotionally forceful novel shows how hate and envy destroy, and how love might build the world anew. Anita Sethi
The Observer

Shafak unfurls what may be her most accomplished novel –and is certainly her most expansive.

A story of freedom, art, love, devotion and humanity.

A beautiful and intricately told take of the bond between a boy and an elephant, set in 16th century Istanbul...a rogues’ gallery of memorable characters also contribute to the action.

This is Shafak's most ambitious novel yet, and it is her best.

Shafak paints a gorgeous picture of a city teeming with secrets, intrigue, and romance. 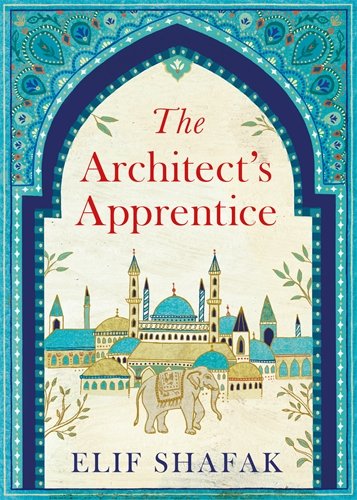