That Summer He Died

World → Constable & Robinson
On the surface, James Sawday's life couldn't be any better. Writing investigative pieces for a glossy men's magazine, he gets to travel the world. And when he gets home, there's Lucy: smart, funny, seems to love him. She could even be the one.

But when James's editor sends him to the seaside town of Grancombe, to cover a murder - the third attack by a serial killer who specialises in chopping off his victims' hands - James finds himself sucked back down into a world he's tried all his adult life to forget.

Ten years before, during a hazy, drug-fuelled summer, James was one of a group of teenagers who stumbled on the mutilated corpse of local artist Jack Dawes. And then the second killing happened - the one that still gives James nightmares.

Now James has got to dig up everything he's worked so hard to bury. And what he's going to find out could cost him his sanity. And even his life.
Rights

Kate Cooper manages the translation rights for That Summer He Died 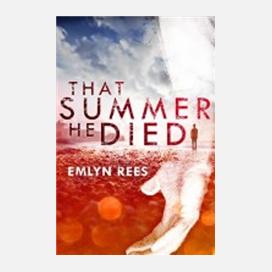