World → Constable & Robinson
Hunted by nine international Intelligence Agencies for a terrorist atrocity he did not commit, hostage negotiator Danny Shanklin is now the world's most WANTED man, with a reward of $10,000,000 being offered for his capture dead or alive.

Trapped in a deadly race against the clock, as well as protecting his family, Danny's got to track down the terrorists who framed him. And stop them before they get their hands on six lethal smallpox formulations, any one of which could trigger a global pandemic, which would leave only one in three people alive. With just a seven foot Ukrainian mercenary and a ruthless female assassin hell-bent on avenging her father's death to help him, Danny soon finds himself being forced into becoming both predator and prey as he desperately tries to win the fight of his life.
Rights 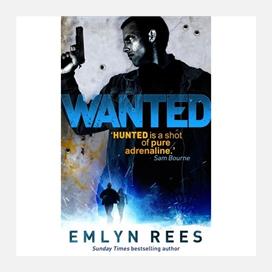