World → Arrow
She always lands on her feet, but can she fall in love? Pip McCabe, 30, likes to say she doesn't need a man and she doesn't need money. However, her friends and sisters think she would probably benefit from a little more of each. But stripy tights, starched pigtails, a bright red nose and an ability to juggle whilst doing the splits only just about pay the bills and seldom lead to romance or romps. Pip, though, takes her clowning very seriously, whether at spoilt kids' parties or on the wards of children's hospitals. She simply doesn't have time for a man, she claims. And her bank balance hovers just above the red, so that's OK. At 34, Zac Holmes has a successful, high-powered career, a fabulous flat and an adored 6-year-old son from a previous relationship. Popular, charming and affluent, Zac feels that no-strings flings suit his lifestyle as much as the pleasing bonuses he earns at work. When Zac and Pip first meet, it is far from love or lust at first sight. What can a clown and an accountant possibly have in common? Against a lively backdrop of parties and parks, hospitals and hotels, they attempt to find out.
Rights 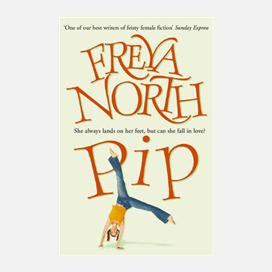