View PDF
tv
Role John Stape (Series Regular)
Director Various
Production Company ITV
Graeme played the role of unhinged ex-teacher John Stape between 2007 and 2010, during which time the web of lies and secrets he built up began to unravel and his crimes, come to light.

John became a father to baby Hope with his (so far unsuspecting) wife Fiz and he found himself steeped so far in the deception that it is became increasingly impossible for him to hide his former crimes, including the kidnap and imprisonment of Rosie Webster and the murder and acquisition of identity of fellow teacher Colin Fishwick.
Media 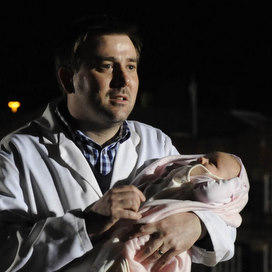