Ruby was named after a song about freedom, but she's far from free. She's trapped by her mum's accident, her past as a classical pianist a distant memory. This was never the plan - both of them invisible and voiceless in a dusty small town. And Ruby wants to be heard.

But that was before Joey Milano. Before that awful party.

Now the only thing Ruby's sure of is that she'll never ever trust anyone again.

When the opportunity of a lifetime comes knocking, and a boy from her past reaches out, Ruby's not fooled. Some things are broken beyond repair. Or are they?​ 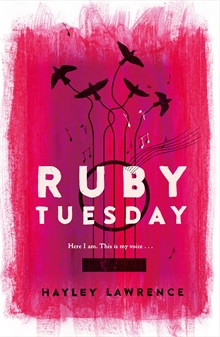