On Wednesday, 22 February 2006, £53 million in bank notes was stolen from a cash warehouse belonging to the Securitas company in Tonbridge, Kent -- a sum of money so vast that if the notes were stacked up they would equal the height of high-rise building. In terms of value, the Tonbridge Securitas robbery puts all previous famous British capers, such as the Great Train Robbery and the Brink's-Mat bullion heist, in the shade; it also overshadows similar robberies overseas. Only in times of war have larger cash sums been stolen.

This was a crime notable for its audacity, carried out in a small town in the Garden of England. A large number of people have been charged in connection with the Tonbridge robbery, with eleven men and women standing trial at the Old Bailey in summer 2007.

Further details cannot be revealed at this stage, for legal reasons, but the full story will be told in Heist, by the author of one of the most successful true crime titles of recent years. Full of jaw-dropping detail and full of narrative pace, it will be the definitive account of these strange and compelling events. 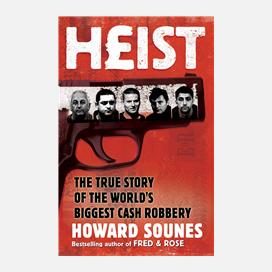