Set in space with the future of earth looking increasingly precarious, the race is on in Outcasts to find an alternative home in the universe.

In return for their "liberty", a group of social misfits and criminals are sent to be the pioneers of a large new settlement on a near planet.

Outcasts is a tense and fast-paced series about co-operation and conflict, idealism and power, sexual competition and love. Most of all it is about our life's big imperatives – cheating death, seeking suitable mates and surviving as a species.
Media
Reviews
well written, smartly directed, and splendidly acted Brian Viner
The Independent 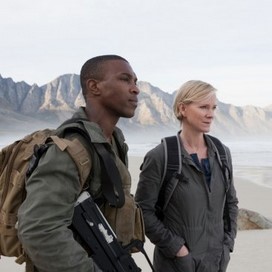