Alice and the Fly

Greg – or Fly, as his Nan calls him – absolutely hates spiders. He has a proper phobia of Them. They make him have fits. His therapist thinks that one day he’ll grow out of his condition (and be able to do PE again or say his S’s properly), but for now, he’s not the most popular boy at his school. To make things worse, his older sister has turned into a dance-crazy Vulture, his mother is obsessively redecorating the house, and his dad hasn’t been home for three days. His English teacher, Miss Hayes, thinks it might help him to start writing down his thoughts. But it’s hard to write to himself, because he already knows everything he has to say. So he starts writing to you, instead.

You are Alice – with red curls and a black eye, sunglasses and a sweet smile.

Alice lives on an estate in the Pitt. Greg has never talked to Alice, but she smiled at him once. He thinks she’s way prettier than Audrey Hepburn in Breakfast at Tiffany’s, and he’s worried about her – worried that she’s started dating Goose, worried that her dad gave her that black eye. When she saves him from an assault in the Pitt, they form a sort-of friendship. But one bitter winter’s night at a house party, things between them start to go very wrong indeed.

The audio rights are handled by Karolina Sutton.

One of the most stunning debuts I've read in a long time. The talent behind it is huge.

We're accustomed to young narrators with learning difficulties but Rice's stylistic verve and skilful storytelling make us keen to discover if we're right to be fearful for his characters, while also raising pertinent questions about social divisions and the way outsiders are treated today.

Enthralling debut about a teen struggling with mental illness.

A wonderful debut novel - Greg's unique voice will stay with you long after the shocking climax.

An extraordinarily accomplished effort, beautifully plotted and structured, emotionally resonant, and filled with multidimensional characters, especially, of course, Greg, whose condition of being is never less than persuasive—and that will excite a keen empathy from readers. May he have many of them. 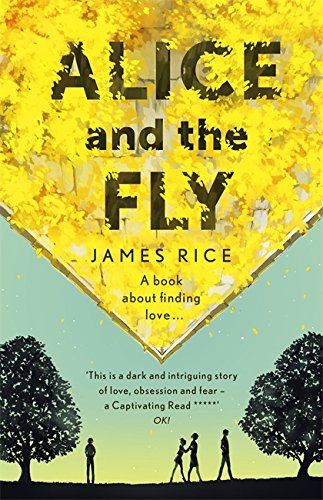