US → Vintage
It is April 1997, and all of Hong Kong is counting down to July 1, when Britain will hand over rule of the country to China. Public anxiety about the transfer of power is running high, but “Charlie” Chan Siu-kai’s biggest concern is a gruesome triple murder case, with no solid leads.

Chan, a half-Chinese, half-Irish Hong Kong native and chief inspector with the Royal Hong Kong police, thinks he’s found a breakthrough when three mutilated heads are found floating in Chinese waters. But he grows increasingly frustrated as the Chinese police actively hinder — and the English bureaucrats pointedly ignore — his investigation. As Chan tracks the killers, he discovers cover-ups and conspiracies running deeper than even he had imagined.


All the while, in the background, the clock ticks down to the day the British leave . . .
Rights 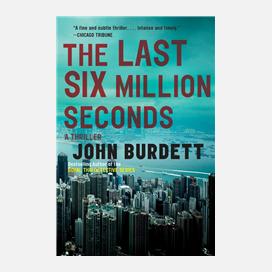