When Vernon’s best friend massacres his school class and then shoots himself, people begin their search for someone to blame: and unfortunately for Vernon, the collective finger points at him. As Vernon makes a desperate escape to Mexico, the absurdities of life roll out as fast as the American hits that form the soundtrack to this darkly comic drama.

To view a trailer for Vernon God Little click here.
Media
Reviews
I was touched, engrossed and admiring, and it won’t leave me for quite a while Libby Purves
The Times 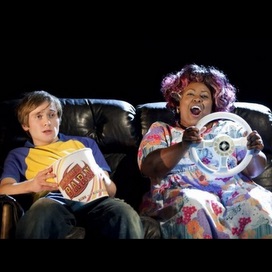