Jonathan plays Stuart Barrett, a serial rapist with murderous intentions, in the time-bending detective series. With only a few hours before the predicted crime is destined to take place, DI Rebecca Flint and DS Ben Holt must decode the fragmentary clues and intervene before it's too late. The question is are they doing more harm than good?
Media 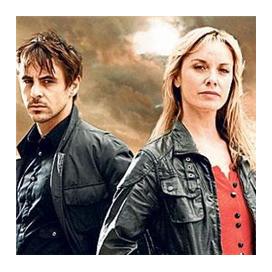