World → Quercus
As the New York-bound SS Transylvania proceeds serenely across the Atlantic, those on board find themselves thrown from pillar to post, battered physically and emotionally. Only the most pig-headed disembark unscathed. Literate and witty, displaying a common touch while eschewing gratuitous vulgarity, this La Ronde for the 21st century beguiles and surprises, often both at once.

A sense of pervading doom grows as the unlikely but inter-related couplings accumulate and multiply. The myriad surprises are revealed deftly. That protagonist David has a problem saying no in the pub is clear from the first line; that his wife Nicole has a problem in the casino is not. David's discovery that Nicole's new close friend Patty is his own older, even closer friend Trish is enhanced by the brevity with which it is described.

There is a Joycean tint to the stream-of-consciousness narrative style, with an overlay of Henry Miller's grown-up eroticism and a strong suggestion of Evelyn Waugh's melancholic "orphans of the storm" passage in Brideshead Revisited. Rather more disturbing is the hint of Michael Dobbs as David finds himself in bed with the nubile and keen-to-experiment daughter of his new-found drinking chum Dwight. The constant shifting of perspective between major and minor players gives a 360 degree picture of life, or what passes for life, on the SS Transylvania.
Rights 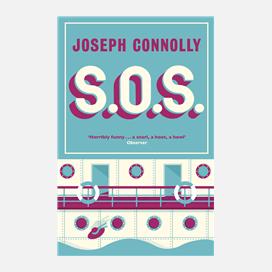