George is a fashion mad Beatles fan, selfish and cruel. Why his girlfriend Dorothy loves him is a mystery to her and to his best friend Sammy. When George callously chucks her he never anticipates that his life, post 1964, will never be the same. And forty-four years later, when George is sixty-four, rich and successful, his past will catch up with him.

Quercus manages the translation rights for This is 64 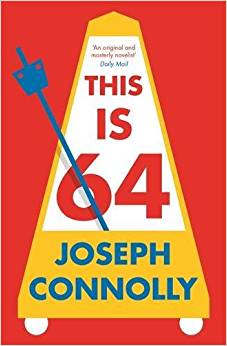