ANZ → HarperCollins (Ed. Fiona Henderson)
The Story of My Life

Co-written with Jeff Apter, Wildflower is the unlikely success story of one of Australia's most beloved singer/songwriters.

Raised on the Nullarbor by her Seventh Day Adventist parents - her father hunted foxes for a living - young Kasey and her brother Nash would sometimes survive for months without encountering another human being. Then, as part of the Chambers family group the Dead Ringer Band, performs in rough and tumble outback pubs and sleep under the stars, in swags, by the side of the highway, playing for little more than petrol money.

Along the way Kasey was honing the talent that created huge hits like Not Pretty Enough and Rattlin' Bones, and earned the praise of such roots music luminaries as Lucinda Williams and Steve Earle.

From her gypsy life as a child to her rise with her trailblazing debut LP, The Captain, and runaway smash hit, Barricades and Brickwalls, and its persona; cost to becoming the mother of two boys and the on-off-stage partner of fellow singer/songwriter, Shane Nicholson, Wildflower is a moving and revealing portrait of an extraordinary woman.
Rights 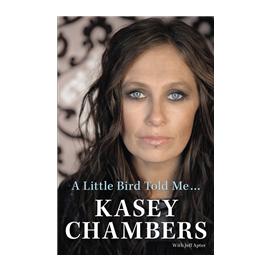