Life Is A Dream

View PDF
Nominated for Whatsonstage Theatregoers' Awards - Best Supporting Actress
theatre
Role Rosaura
Director Jonathan Munby
Donmar Warehouse
Life is a Dream is a major reworking of Pedro Calderon de la Barca’s philosophical allegory by Helen Edmundson. It tells the story of Segismundo, prince of Poland, who is banished from his kingdom after its prophesized that he will bring ruination upon his people. 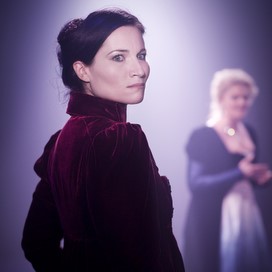