Zoe Greene manages the careers of Hollywood’s biggest stars. She’ll do anything to help them – and herself – to get ahead.

Actress Maggie Hall, Zoe’s childhood friend, has been America’s sweetheart for nearly twenty years. And she’s about to learn that there are two things in life you just can’t fight: growing older and falling in love.

Dylan Mercer – young, beautiful and defiant – has run away from her intellectual New York parents to try her luck in Hollywood. She’s not after fame and fortune, though. Dylan is on a quest to find her birth mother.

All three women soon become swept up in the search for the actress who will score the role of a lifetime. But ambition and desire can bring out the worst in people. And in Hollywood, not everyone is ready for the their close up, especially when it exposes the secrets of past... 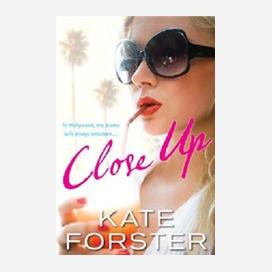