1938 Paris. The last sigh of summer before the war.

As Australian journalist, Charlotte (Charlie) James alights at the Gare du Nord, ready to start her role as correspondent for The Times, Paris is in turmoil as talk of war becomes increasingly strident.

Charlie is chasing her first big scoop, needing to prove to her boss that she can do this job as well, if not better, than her male counterparts. And the best way to forge the necessary contacts quickly is to make the well-connected British expats, Lord and Lady Ashworth, her business. Lady Eleanor knows everyone who counts and at her annual sumptuously extravagant party, a Circus Ball, Charlie will meet them all.
On the summer solstice eve, the Circus Ball is in full swing, with the cream of Parisian society entranced by burlesque dancers, tightrope walkers, a jazz band and fireworks lighting the night skies. But as Charlie is drawn into the magical parties, couture houses, and bohemian wine bars, secrets start to unravel, including her own. Putting a foot wrong could spell death …

In this magnificent new beginning to the joyful Charlie James series, Manning beguiles with glamour and mystery set in pre-war Paris.

Kate Cooper manages the translation rights for The Paris Mystery

“A stylish, sensual mystery that hums with intrigue and passion, Manning’s latest gem is set in the sparkling world of pre-war Paris and has a whip-smart heroine at its core. Readers will love Charlie James: glamorous, fearless and taking on the world, glass of champagne in hand.”

Jane Cockram (THE HOUSE OF BRIDES)

A superb evocation of pre-War Paris… a mystery I couldn’t put down.’

"A glittering party, a dead body, and a room full of alluring suspects; this mystery has everything you are looking for. With deft, light strokes, Kirsty Manning takes the reader on an Agatha Christie-style journey in 1930s Paris, led by infallible hero, journalist Charlie James. The Paris Mystery will transport, titillate and satisfy. Run, don’t walk, to get your copy!" 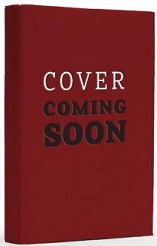