World → Allen & Unwin Pty
It's one of the oldest stories in the world. It's in Shakespeare, the Bible, literature of every age and nation; it's in the gossip mags and the agony pages. Boy meets girl, but sometimes, a little while later, boy meets another girl. Or girl marries boy but finds herself drawn to someone else. Does she stay or does she go - resist or give in?

Can anyone in a relationship say they have never been tempted to stray at one time or another? What secrets are we hiding in our hearts? What happens when fantasy becomes flesh, when hearts are broken and lives are ruined?

Naked is the ultimate confessional: a collection of accounts of adultery and infidelity- told by those who gave in to their secret desires; by those who were cheated on; by friends or children embroiled in the affairs; even by those who got no further than temptation… Naked is a breathtaking, enthralling and painfully honest glimpse into the heart at its most vulnerable.
Rights 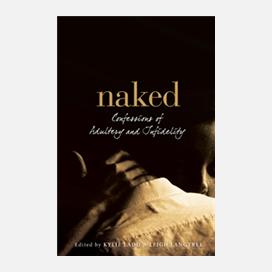