The sequel you’ve been waiting for: the follow-up to the sensational number one bestseller The Devil Wears Prada

Eight years have passed since Andrea “Andy” Sachs quit the job “a million girls would die for” working for Miranda Priestly at Runway Magazine — a dream that turned out to be a nightmare. Now Andy’s on the top of the world: she’s writing and reporting to her heart’s content; running The Plunge, her wildly successful high fashion bridal magazine with Miranda’s other ex-assistant, Emily; and most importantly, getting married to the scion of a storied media family and the love of her life.

But the night before her wedding, Andy can’t sleep. As happy as she is — as happy as she should be — she’s still haunted by the spectre of her former boss. Maybe it’s survivor syndrome? Or maybe it’s justifiable, self-inflicted, paranoia. From the start, Andy and Emily have felt entitled to use their rolodex of contacts — Miranda’s contacts — from Runway as they make their way in the magazine world. As The Plunge succeeds, Andy and Emily realise they’ll soon come face to face with their former tormentor at industry functions, award ceremonies, and even weddings. Still, Andy can hardly anticipate the horrifying reality that’s approaching — a reversal so profound that she will be squarely in Miranda’s crosshairs once more.

Karma’s a bitch. And Andy’s efforts to build a bright new life have led her directly to the one she fled — and into the path of the Devil herself. 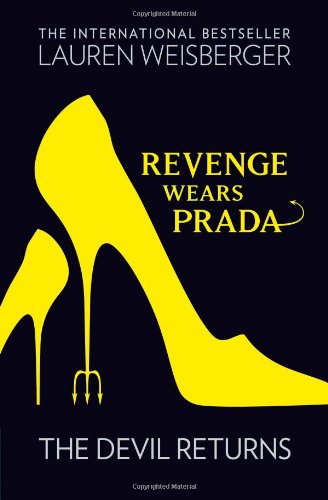