The Space Brigade: Book 3, The Wicked War on the Planet of Whimsy

ANZ → Pan Macmillan
US → Grosset & Dunlap
It was past midnight when Nicola Berry – Earthling Ambassador and leader of the Space Brigade – received an urgent phone call.

Shimlara from the planet Globagaskar was ringing with terrible news: her mother, father and little brother Squid had been kidnapped!

They were being held captive on the Planet of Whimsy – the most beautiful planet in the universe – by the scaly inhabitants of Volcanomania and their new President, Mrs Mania.

Roxane Edouard manages the translation rights for The Space Brigade: Book 3, The Wicked War on the Planet of Whimsy 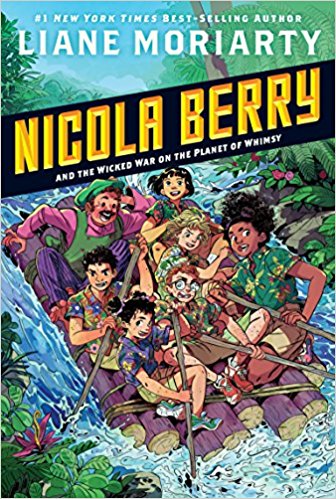