International bestseller and winner of the 2013 Specsavers National Book Award

"I come from a country which was created at midnight. When I almost died it was just after midday."

When the Taliban took control of the Swat Valley, one girl spoke out. Malala Yousafzai refused to be silenced and fought for her right to an education.

On Tuesday 9 October 2012, she almost paid the ultimate price. Shot in the head at point blank range while riding the bus home from school, few expected her to survive.

Instead, Malala’s miraculous recovery has taken her on an extraordinary journey from a remote valley in Northern Pakistan to the halls of the United Nations in New York. At sixteen, she has become a global symbol of peaceful protest and the youngest ever nominee for the Nobel Peace Prize.

I Am Malala is the remarkable tale of a family uprooted by global terrorism, of the fight for girls’ education, and of Malala’s parents’ fierce love for their daughter in a society that prizes sons. It will make you believe in the power of one person’s voice to inspire change in the world.

Translated into 40 languages, it has sold well over a million copies since publication in October 2013.

Hachette Book Group manages the translation rights for I Am Malala

You can only admire her courage and determination. Her thirst for education and reform appear genuine. She also has an air of innocence, and there is this indestructible confidence. She speaks with such poise that you forget that Malala is 16... [She] emerges as a passionate and humane person.

The Observer
Full Review
I Am Malala Book Review - The Times


[Makes] for harrowing reading... She has turned a potential tragedy into a positive – bringing to the world’s attention that crucial issue of a girl’s right to an education. This is certainly not the last we have heard from Malala.

Interweaves Malala’s story with the wider political narrative of a region at the centre of the battle against global terrorism. The story unfolds against events such as Osama bin Laden’s killing in nearby Abbottabad and the assassination of Benazir Bhutto. Lamb’s mastery of the background means that even complex political situations are sketched deftly and clearly. The result is a brilliant, informative book.

A riveting memoir... It is difficult to imagine a chronicle of a war more moving, apart from perhaps the diary of Anne Frank.

A riveting memoir... It is difficult to imagine a chronicle of a war more moving, apart from perhaps the diary of Anne Frank. 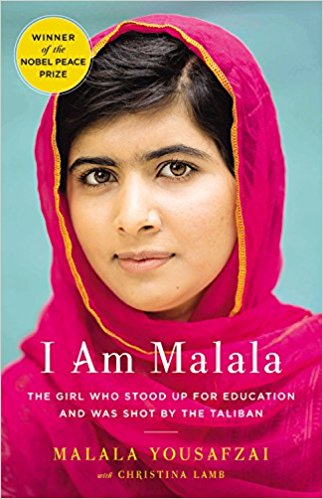