Winner of the Prix Katulu

Shortlisted for the Grand Prix SGDL

Shortlisted for the Prix Kezako

Shortlisted for the Priz Ados Rennes

Shortlisted for the Prix Libr'à Nous

Shortlisted for the Prix Sorcières

“She closes her eyes, listens to the night, she feels the Earth’s heartbeat and, beneath her, that of men, trees, animals; this nocturnal heart that has been beating since the beginning of time and that will continue long after her. She belongs to this immense world. Therefore, her arm could be a dot in the ocean.”

19 year old Abigail is just out of hospital after several long months of re-education. A car accident has left her wounded in more than one way: Abi now has only one arm. Finding her place in her old environment is brutal as Abi struggles with basic daily tasks. The way others look at her is a constant slap in the face and the young woman can’t even begin to think about resuming her life. Forced to get a hair cut as she can no longer attend to her long hair by herself, Abi accidentally comes across Aurèle, a former friend from primary school. When Aurèle realises what’s happened, his reaction is that of everyone else. However, a few days later, Abi receives an anonymous package. In it, a book by Blaise Cendrars, a poet who was amputated during the First World War. The writer is a brother of sorts and slowly Abi begins a delicate recovering process, with the help of a friend she’d thought lost a long time ago. Through Aurèle’s love of nature and more specially birds, Abi finds the strength to go on.

Based on personal experience, Fly Away is a touching, compelling and at times humorous read that asks the question: how can you reinvent yourself after a life changing trauma?

Roxane Edouard manages the translation rights for Fly Away

The audio rights are handled by Flammarion.

To be read before or after The Fault in Our Stars and Optimists Die First. 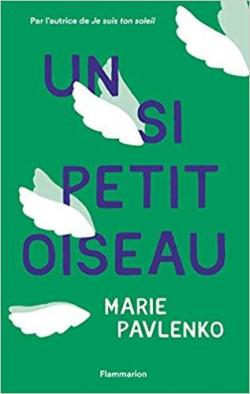