War has begun. Arin is in the thick of it, with the East as his ally and the empire as his enemy. He's finally managed to dismiss the memory of Kestrel, even if he can't quite forget her. Kestrel turned into someone he could no longer recognize: someone who cared more for the empire than for the lives of innocent people-and certainly more than she cared for him. At least, that's what he thinks.

But far north lies a work camp where Kestrel is a prisoner. Can she manage to escape before she loses herself? As the war intensifies, both Kestrel and Arin discover unexpected roles in battle, terrible secrets, and a fragile hope. The world is changing. The East is pitted against the West, and Kestrel and Arin are caught between. In a game like this, can anybody really win?

The Winner's Kiss brings a stunning conclusion to the irresistible romance between Kestrel and Arin and the crippling war that has torn about their world in the Winner's trilogy, by Marie Rutkoski.

Roxane Edouard manages the translation rights for The Winner's Kiss

The Winner’s Kiss is intoxicating—a brilliant balance of love, power, and sacrifice—delivered with Rutkoski’s addicting sensual prose. A perfect ending to an amazing series. 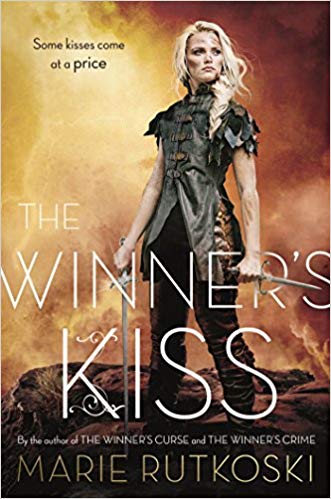