The Persian Boy tells the story of the climactic last seven years of Alexander the Great's life through the eyes of his lover, Bagoas. Abducted and gelded as a boy, Bagoas was sold as a courtesan to King Darius of Persia, but found freedom with Alexander after the Macedon army conquered his homeland. Taken as an attendant into Alexander's household, the beautiful young eunuch becomes the great general's lover and their relationship sustains Alexander as he survives assassination plots, the demands of two foreign wives, a mutinous army, and his own ferocious temper.
Rights

Kate Cooper manages the translation rights for The Persian Boy

The audio rights are handled by Joe Phillips & Jenn Lambert. 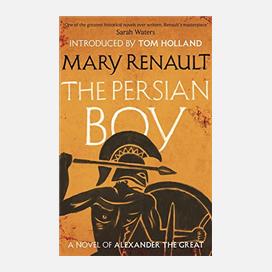