Seventy years has passed since London celebrated the end of World War Two. But 1945 wasn’t all about flag-waving on the Mall and Churchill’s V for Victory; in the months before the ceasefire, the city had been peppered with German rockets and nearly brought to its knees by death, destruction, food shortages and homelessness. Yet through it all, the city coped with the horrors, and Londoners kept calm and carried on.

London 1945 is their story. In this fascinating history of one of the capital’s most momentous years, Maureen Waller looks at how ordinary people from all over London coped with crisis; and she pays tribute to their spirit, courage and resilience. In a city where receiving an egg a month was a luxury and families were divided for years at a time, often never to come together again, it was the little pleasures that sustained morale: It’s That Man Again on the wireless, Hollywood movies, black-market oranges, American GIs…

And if Londoners thought the end of hostilities would improve their lot, they were in for a shock. Demobbed soldiers returned to a city of bombed-out houses, mass unemployment, continued rationing, not to mention a newly-independent female population changed beyond recognition.

A colourful and very human history of a changing city, London 1945 reveals how, in the bomb-shattered streets of the capital, the foundations of our modern society were laid.

Melissa Pimentel manages the translation rights for London 1945: Life in the Debris of War 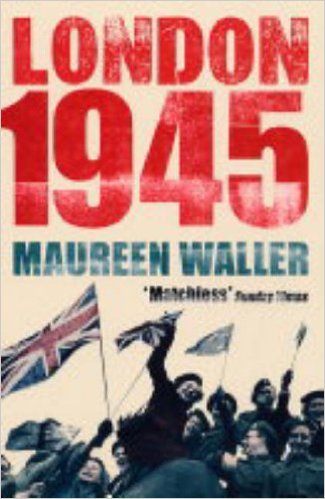