The Six Reigning Queens of England.

In the last millennium there have been only six female sovereigns: Mary I and Elizabeth I, Mary II and Anne, Victoria and Elizabeth II, who celebrated her eightieth birthday in 2006. With the exception of Mary I, they are among our most successful monarchs. Without Mary II and Anne, the Glorious Revolution of 1688 might not have taken place. Elizabeth I and Victoria each gave their name to an age, presiding over long periods when the country made significant progress in the growth of empire, prestige and power. All of them have far-reaching legacies. Each faced personal sacrifices and emotional dilemmas in her pursuit of political power. How to overcome the problem of being a female ruler when the sex was considered inferior? Does a queen take a husband and, if so, how does she reconcile the reversal of the natural order, according to which the man should be the master? A queen's first duty is to provide an heir to the throne, but at what cost? In this richly compelling narrative, Maureen Waller delves into the intimate lives of England's queens regnant in delicious detail, assessing their achievements from a female perspective. 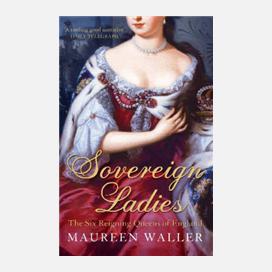