Soon to be an ABC TV show by producer Shonda Rhimes.

Still Star-Crossed follows the aftermath of the tragic deaths of Romeo and Juliet, as mysterious figures in Verona are determined to reignite the feud between the Montagues and the Capulets.

In fair Verona, enemies still walk the streets. Two news hearts. Same two families. The fight to the altar is about to happen. All. Over. Again.

Despite the “glooming peace” that has settled on Verona following Romeo’s and Juliet’s tragic deaths, the ancient grudge between the Montagues and Capulets refuses to die: the two houses are brawling in the streets again within a fortnight. Faced anew with “hate’s proceedings,” Prince Escalus concludes that the only way to marry the fortunes of these two families is to literally marry a Montague to a Capulet. But the couple he selects is uninterested in matrimony, for the most eligible Montague bachelor is Benvolio, still anguished by the loss of his friends, and the chosen Capulet maid is Rosaline, whose refusal of Romeo’s affection paved the way for bloodshed. In contrast to their late cousins, there’s no love lost between these two, and so they find a common purpose—resolving the city’s strife in a way that doesn’t end with them at the altar.

But like Romeo and Juliet before them, Rosaline, Benvolio, and the prince find that the path to peace is tortuous, and that in Verona, true love lies where it’s least expected.

This fast-paced and insightful Shakespearean homage, filled with clandestine meetings, romantic encounters, and duels over family honor, will delight and captivate readers. 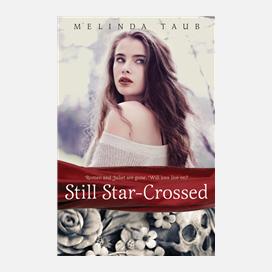